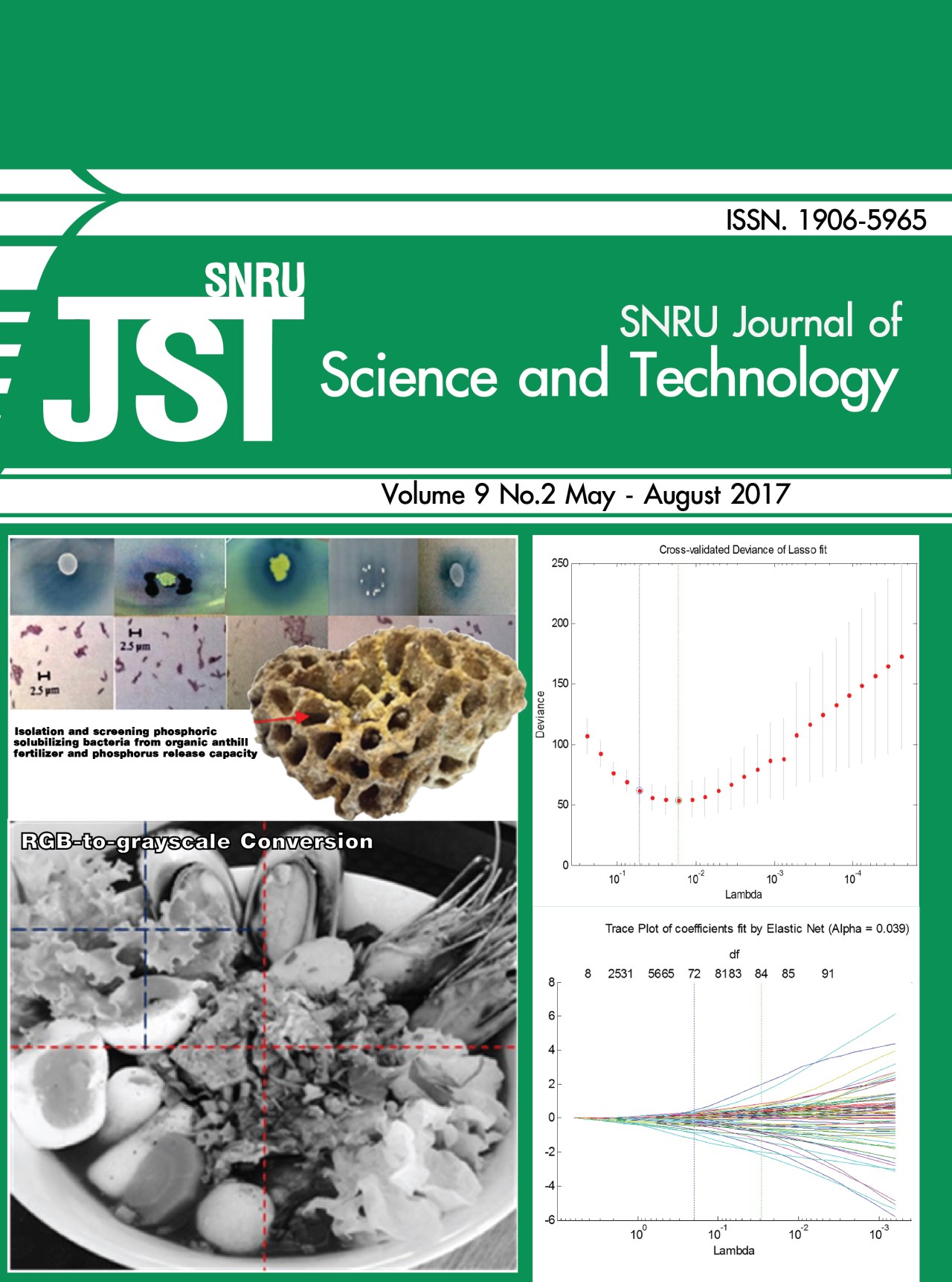 The effects of feeding mahseer barb male brooders with different levels of omaga-3 fatty acids (krill oil) on the
sperm quality were investigated. All experimental fish at Initial body weight about 130.25±12.50 g bw and Initial
body length about 22.85±2.18 cm were randomly distributed in four treatments at stocking density of 3 fish m–2.
During study from August to October, 2014, Fish were fed with commercial diet (3% g bw–1) which supplemen-ting
omaga-3 fatty acids at 0.00, 0.08, 0.24 and 0.4 g (w v–1) kg–1diet for Cont., Trt1, Trt2 and Trt3, respectively. At the
end of culturing, ten fish from each group were randomly selected for milt and blood collection. The sperm
quality of male brooders was evaluated by either traditional techniques or comet assay techniques. While, blood
PGF2α levels were determined by RT-HPLC. The results were evaluated by the traditional techniques demonstrated
that supplementing with 0.4 g kg–1diet of omaga-3 fatty acids (Trt3) had significantly different (p<0.05) milt volume,
the total sperm counts, and percentages of abnormal sperm than the other groups. Besides the results observed
comet assay techniques showed that supplemented with 0.4 g kg–1 diet of omaga-3 fatty acids had significantly
lower (p<0.05) comet length, tail length, %DNA in tail, and tail moment than the other groups. The blood PGF2α
levels were the highest in Trt3 and was not significantly different with other groups (p<0.05). This study showed that
supplementing of 0.4 g kg–1diet of omaga-3 fatty acids together with commercial diet was found to be the best diet
for male N. stracheyi brooders that provided adequate required nutrients for the formation of spermatogenesis.
This knowledge can be used for enhance sperm quality of fish male brooders in captivity by manipulating proper
types and levels of nutrition at the most appropriate times.