Air pollution arising from various sources including open burning and forest fires is a public health problem. Open burning for agricultural purposes is a common practice in many Asian countries. Air pollution is a big problem in Thailand which makes many Thai people sick, harms the environment, and also affects the tourism industry. PM10 is the most important air pollutant in urban and rural areas of Thailand and this have increased to critical levels since 2006 (250 µg/m3, 300 μg/m3, 175 μg/m3, and 220 μg/m3 in 2006, 2007, 2008, and 2009, respectively). In 2016, the level of PM10 in the nine regions—Chiang Rai, Chiang Mai, Lampang, Lamphun, Mae Hong Son, Nan, Phrae, Phayao and Tak—was measured at between 68 and 160. The incidence rates of respiratory diseases and allergic rhinitis increased many times compared with those over some years. Health statistics indicated that respiratory diseases rank 5th in the top ten leading causes of death in Thailand in 2005 with 40.1 per 100,000 populations. In order to reduce the public health challenges, several efforts have been made via public and private partnerships, policy formulation and implementation, and awareness campaigns. However, even in 2016, open burning is still the most common method of managing agricultural wastes regardless of the accompanying public and environmental health impacts. This review paper draws attention to and presents an overview of the state of open burning of agricultural residues and the public health burden in Northern Thailand where the most common way of managing agricultural residues is through open burning. 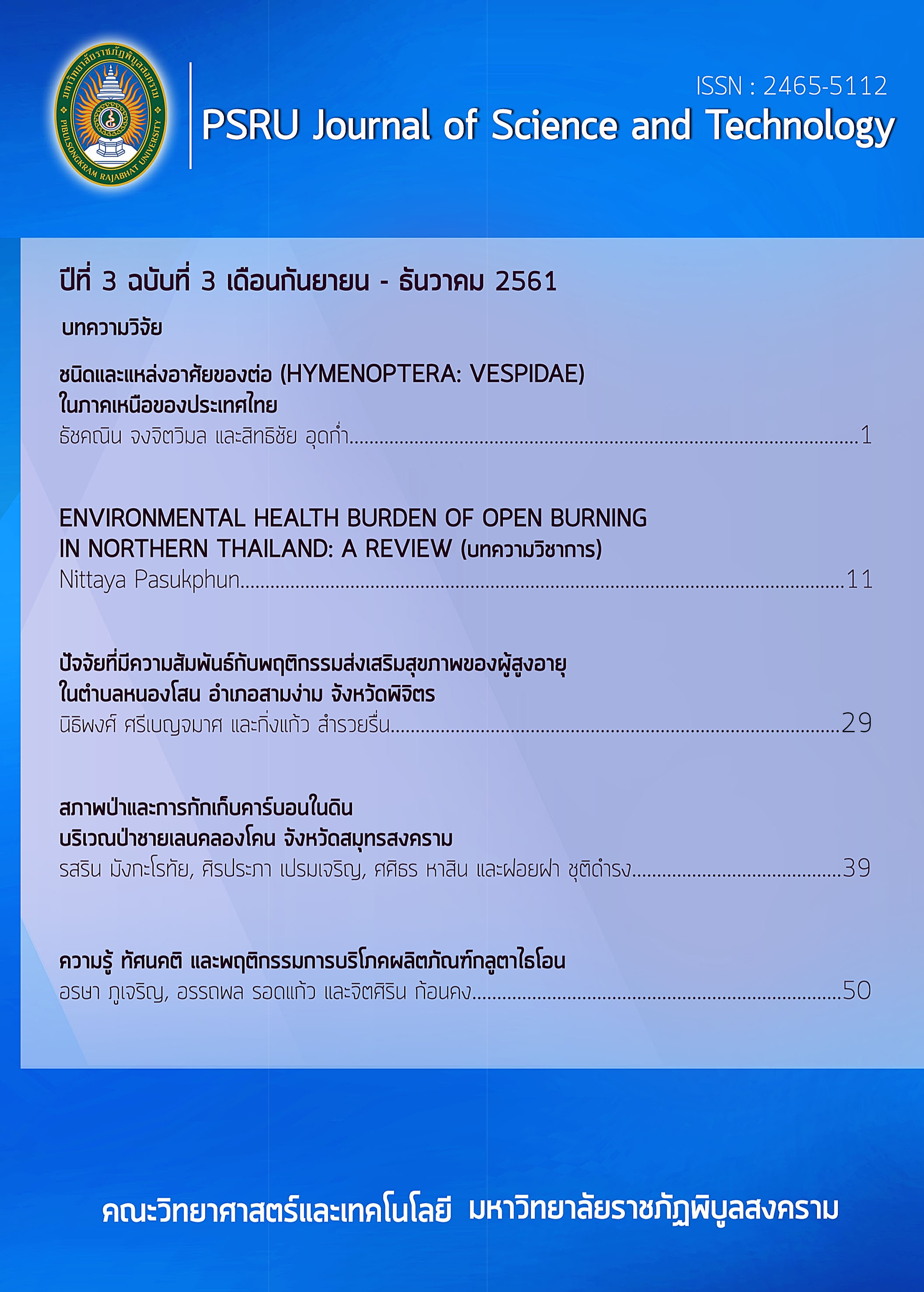 PSRU Journal of Science and Technology