THE EDIBLE FILM FROM THE JACKFRUIT SEED FLOUR: PREPARATION AND APPLICATION

In this research, the edible film from jackfruit seed was prepared and studied. The parameters such as flour preparation technics, type and concentration of plasticizer were investigated. It was found that the jackfruit seed flour prepared with NaCl solution produced transparent film with smooth texture. Film thickness was found to be in the range of 0.54-0.62 mm using glycerol and sorbitol as plasticizers. The physical and mechanical properties of edible film were also examined. The results revealed that with increasing plasticizer concentration, tensile strength decreased, and, simultaneously, heightened elongation percent, moisture content, and film solubility. The film was then tested for packaging chili paste. It was found that the chili paste kept could last about at least 42 days, maintaining the peroxide value within a standard value (<10 mgEq/kg). In addition, the film could dissolve in boiling water within 2 minutes and 36 seconds. 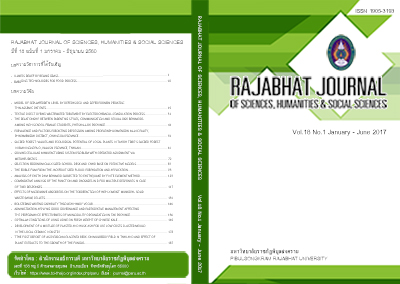