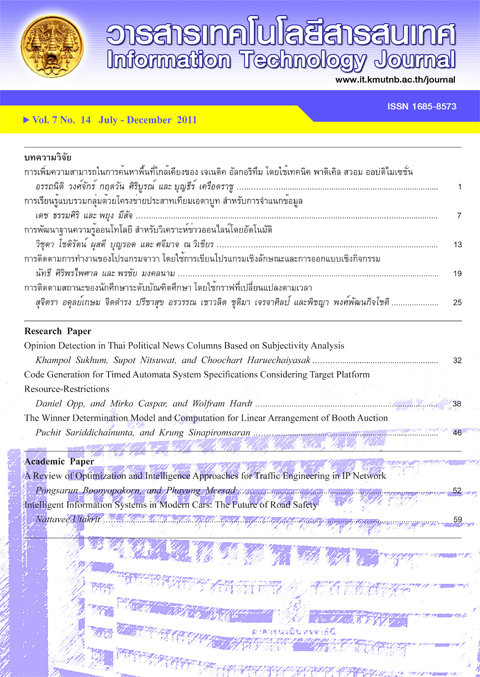 News columns are opinionated contents in newspapers such as editorials where columnists usually express their opinion and taking side explicitly with issues in the society. While this is normal in democratic society, in some places where journalism is often lack of, this bias could encourage rifts and polarity, especially in delicate issues such as politics. With such concern in mind, in this paper, we propose an opinion mining framework for detecting opinions in Thai political news columns. Our goal is to construct an information filtering model for monitoring highly-opinionated news content. Findings provided in this paper included our primarily result and discussion about difficulties found in applying opinion mining in Thai, as well as our analysis. In our work, contents from Thai news columns, annotated at sentence level by human experts, are used as training dataset to build a model in which various classifiers and feature selection techniques have been experimented. The best result is achieved by Multinomial Naïve Bayes with prior-knowledge based feature selection. The Precision, Recall, and F-Measure are equal to 0.809, 0.804, and 0.803 respectively.