Study of Risk Level and Prevention of Flood Disaster: A Case Study of Pattani River Basin

This study is an assessment of flood risk areas and flood prevention plans in Pattani River Basi (PRB), which covers 2 provinces (Pattani and Yala). The objectives were to study the factors affecting flooding and to analyze the level of flood risk in the PRB, as well as propose solutions to problems in the area. The factors used in the analysis consisted of average annual rainfall, historical flood statistics, water source distance, soil drainage capacity, obstacles, height, slope and land use by using a weighted and factored assessment form from experts in water resource management both within and outside the PRB area through the analysis of the risk level with the technique of geographic information systems (GIS). The results showed that most of the PRB had a moderate flood risk accounted for 48.58 percent, and a high and highest flood risk (HFR) accounted for 25.25 percent and 4.12 percent, respectively. As for the areas with very low flood risk or flood safe areas, only 3.10 percent of the total PRB. The results of the spatial analysis indicated that the areas with the HFR level in Yala Province were Mueang Yala, Raman and Betong Districts and the areas with the HFR level in Pattani Province were Sai Buri, Thung Yang Daeng, Ka Pho, Mai Kaen and Nong Chik Districts. When considering the flood prevention plan, it was found that in the PRB there is only a flood prevention plan, which is a provincial plan, but considering the implementation of the plan is still a problem because it does not cover all areas. There is also a problem of water management in the area, especially the water management in the Bang Lang Dam of Yala Province, which is the main factor affecting the flooding in the PRB together with the management of the other short river was found that some areas of the waterway are very shallow, especially on the east coast before flowing into the Gulf of Thailand in Pattani Province and the flood prevention plan does not cover the management of the main waterways and the short lines. It is only a plan for disaster management and mitigation in the event of a flood. 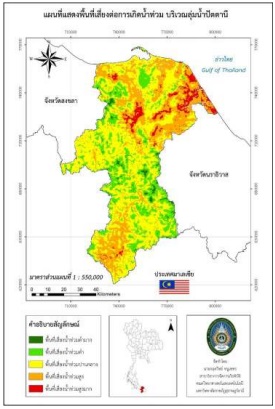 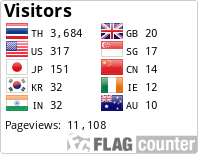 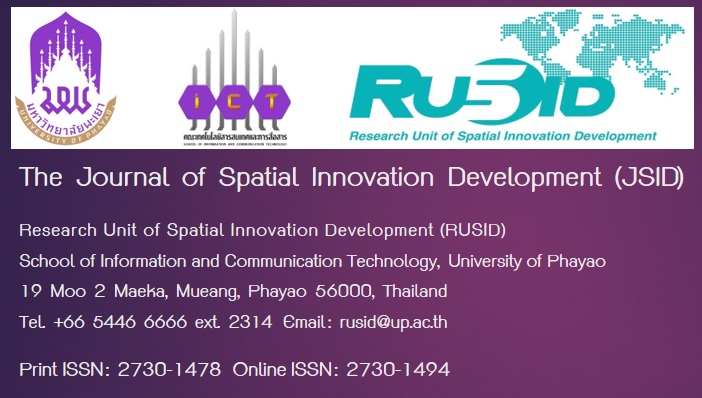