ESports were a form of sporting events that compete with strategy and fight each other based on computer games on the Internet which was popular with young people around the world. Thailand attached great importance to promoting ESports with the introduction of ESports in the National Youth Games. The objectives of this research were 1) to study computer game playing behavior among youths, 2) to study motivation of youth towards ESports, and 3) to study preparation for competition of ESports players. This research was a survey of 400 youth who interested in computer games and ESports with questionnaires. The statistics for data analysis consisted of descriptive statistics such as frequency, percentage, mean, and standard deviation. Statistics for hypothesis testing was t-Test.

The research results were found that the most of respondents were male and was a general game player who previously competed in ESports without being affiliated with a team. The differences in gamer behavior between general game players and ESports athletes consist of the amount of time spent on games, expenses, and playing games with other people. The motivation for ESports player was higher than general game players by statistically significantly at 0.05. The very different motivation for players were the ambition of being an ESports athlete, want to be like a role model, and rewards. The preparation for the competition of ESports athletes and players who were planning to ESports competition is not different about having a constant education of information and techniques in the game, when a team loses a match or plays a game, they often figure out how to play that game to victory, and there was a summary of the results in every practice. 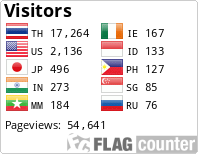