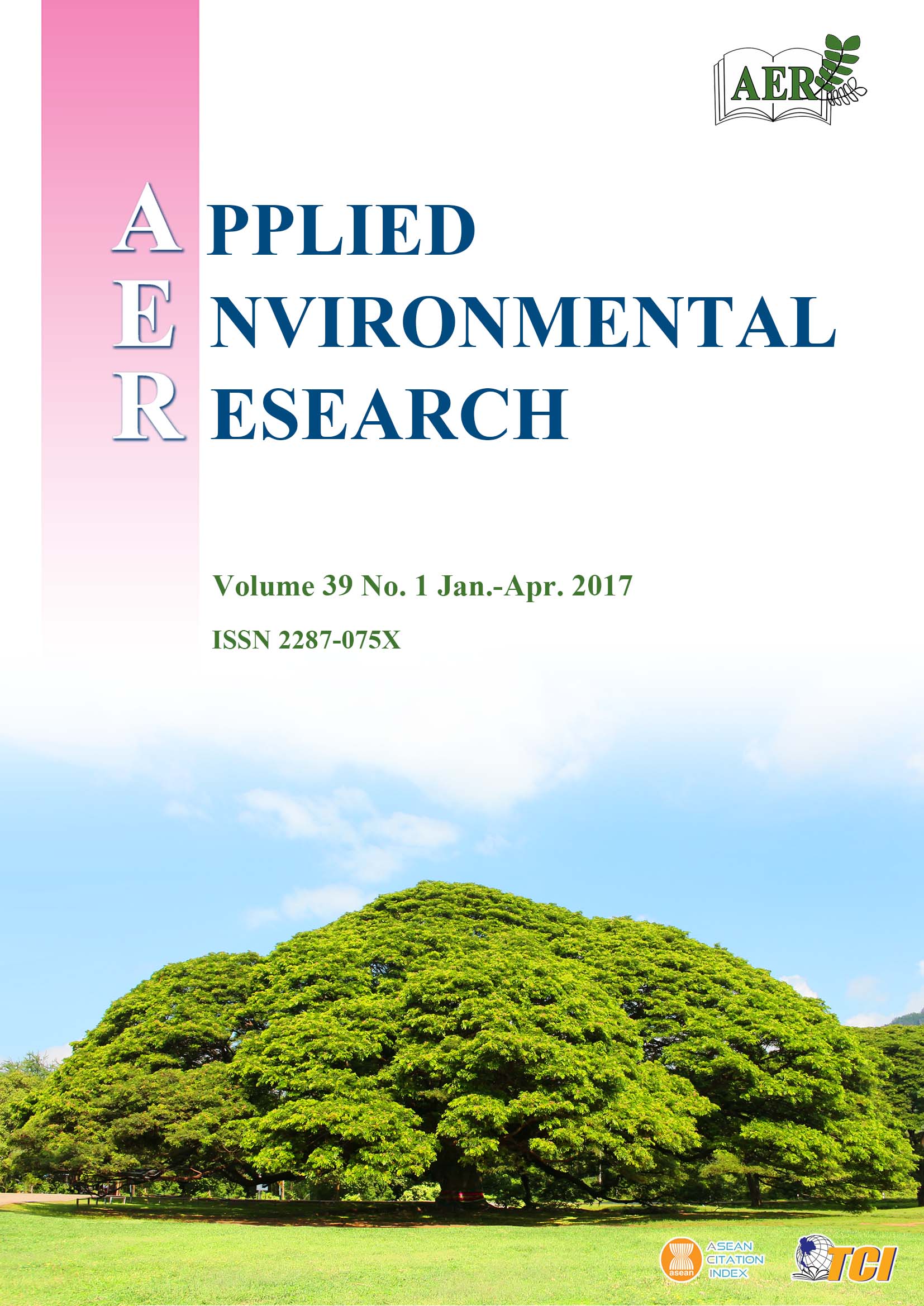 The aim of this research was to investigate interactions in the removal of manganese from contaminated water by oxidation through an ozonation process. The manganese oxidation was used to oxidize manganese ions (Mn2+) in solution to manganese dioxide (MnO2) in its brown solid form, in order to reduce levels of manganese ions in the water to below the acceptable limit for drinking water (0.05 mg L-1). In this study, the independent effects such as the initial concentration of manganese (5, 10 and 15 mg L-1), initial pH of solutions (3, 4 and 5) and ozone concentrations (10.970, 21.945 and 32.920 mg L-1) designed Box-Behnken Design (BBD) as a one of the design of experiments were examined for  optimal conditions and including main effects and their interactions. The ozone concentration in the reactor was increased with increasing operating time of an ozone generator and linearly increased at the rate about 2.194 mg O3 L-1 min-1. The experimental results indicated that all factors significantly affected manganese removal rate. Initial manganese concentration was negatively correlated, while pH and ozone concentration were both positively correlated with removal percentage. Main, square and interaction effects were significant on percent manganese removal. Additionally, percent removal was reduced with increasing ozone concentrations because at higher ozone levels, MnO2 in solid form was converted to MnO4- and redissolved into solution- a process known as over-oxidation. The maximal condition, the removal efficiency of manganese in oxidation reaction by ozonation process in initial manganese concentration 5 mg L-1, pH 4.0 and ozone concentration 21.945 mg L-1 was appeared more than 100 %. The present study indicates that manganese ions can be effectively removed from drinking water by ozonation.