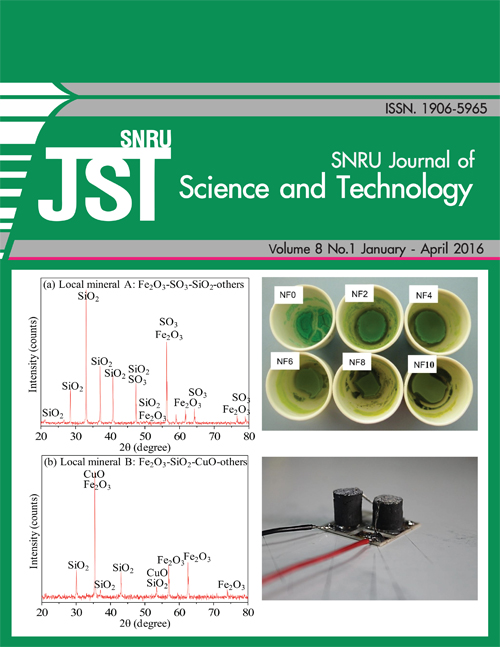 More frequent floods and droughts have occurred in Thailand. The climate change is believed to be a
major cause of the amount and fluctuation behaviors of rainfalls. Nan province is the main focus of this research
because, unlike other provinces, Nan had experienced frequent floods in the last decade. In addition, rainfalls in
Nan directly affect the water level of Sirikit dam which, from the past data, apparently related to floods and
droughts in Nan province since the dam was built in 1974. Forest area is believed to be a factor affecting the water
level causing from the amount of rainfalls. Due to widespread deforestation in Nan and throughout Thailand,
mathematical model on the relationship between forest area, rainfalls and water level in Sirikit dam is developed
to predict the water level of Sirikit dam. The models are then validated using Nan’s forest data during 1973-2013
period, daily rainfalls from all stations in Nan province during 1970-2013 period and water level in SiriKit dam during
1974 – 2013 period. The parameters in the model are also estimated using the data on the forest area, amount of
rainfalls and water level of Sirikit dam.