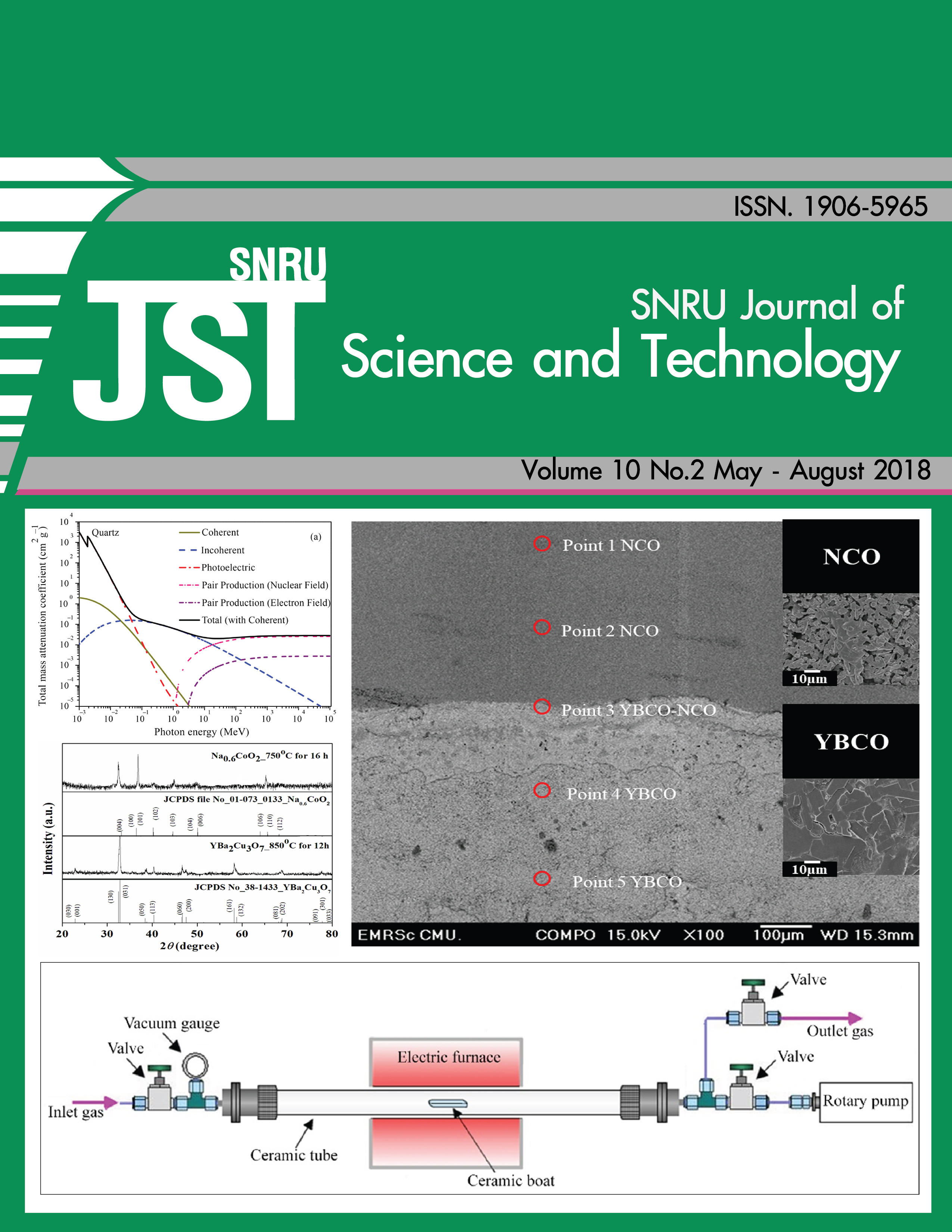 
The porosity is an important characteristic of the crispy food. Puffing technique is one of the various methods that creating the porosity in crispy product. However, the reports of effect of ripening level is still limit. Therefore, the objective of this research was to investigate the effects of ripening level and puffing temperature on puffed Homthong banana slices. The ripening level of Homthong banana was selected at 16 – 18, 20 – 22, and 24 – 26 oBrix. Homthong-banana was sliced into 2.50 mm thickness. Then they were blanched by hot water for 30 s. After that, they were dried in 3 steps. First of all, hot air drying at 90 oC was used to dry the samples until 35% dry basis (d.b.) moisture content. Then, they were puffed by high temperature hot air at 130, 150, and 170 oC for 2 min. Finally, the puffed samples were dried again by hot air at 90 oC to 4% d.b. The puffed product qualities were considered in terms of colour, texture, volume ratio. The results showed that higher ripening level provided fructose and glucose contents increased, and then resulting in more browning occurred on puffed banana surface. The higher ripening level provided lower hard texture of puffed product because pectin content tend to lower. Moreover, the puffed samples showed lower hard texture and browner colour as higher puffing temperature. The optimal condition of puffed Homthong-banana slices was 150 oC of puffed temperature and 16-18 oBrix of ripening level for producing crisp banana. The overall preference of puffed banana was lower than that commercial product.