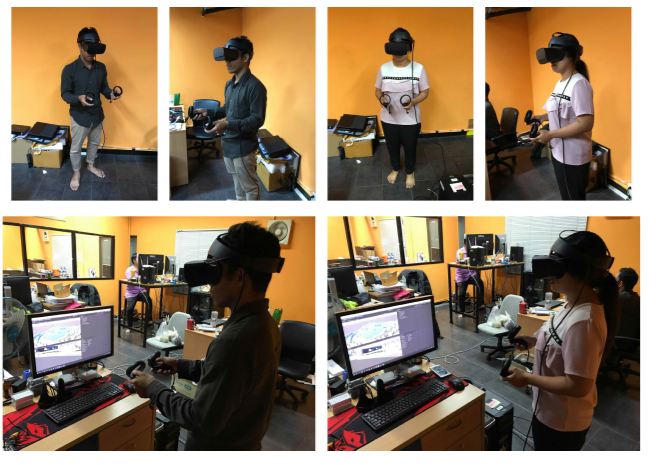 
Virtual Reality (VR) is widely used today in both research and entertainment. The continuous growth of this technology makes VR consumer hardware now available for masses. The new trend in the next generation of VR devices is a VR headset and controllers with inside-out technology. These VR devices will become an important basis for the future of VR applications. Virtual travel or locomotion inside VR experiences is the important part in the VR application development, which affected to the users preference. The goal of this research is to study the difference of locomotion in VR with new trend devices consisting of VR headset and controllers without using other accessories. Three locomotion techniques: controller-based, motion-based and teleportation-based were used to analyze the differences. The VR scene with virtual environments was created to use in the experiment where the users have to move with different locomotion technique. The Usability Questionnaire (UQ) is used to evaluate the usability value of each locomotion technique, while Simulator Sickness Questionnaire (SSQ) is used to assess the motion sickness value. The results showed that the usability (p-value=0.02007) and motion sickness (p-value=0.00014) of all locomotion techniques are different and the usability affected to the user preference. The conclusions of VR locomotion studies were discussed with the limitations of the study and the future work for this research.

C. Boletsis, “The new era of virtual reality locomotion: a systematic literature review of techniques and a proposed typology,” Multimodal Technologies and Interaction, vol. 1, no. 4, p. 24, 2017.

T. A. Jost, B. Nelson, and J. Rylander, “Quantitative analysis of the oculus rift s in controlled

C. Hillmann, “Comparing the gear vr, oculus go, and oculus quest,” in Unreal for Mobile and

M. Hachman, “Try vr for cheap: Windows mixed reality headsets are on sale for nearly half off today,” Dec 2017.

P. T. Wilson, W. Kalescky, A. MacLaughlin, and B. Williams, “Vr locomotion: walking¿ walking in place¿ arm swinging,” in Proceedings of the 15th ACM SIGGRAPH Conference on Virtual-Reality Continuum and Its Applications in Industry-Volume 1, pp. 243–249, 2016.

J. Frommel, S. Sonntag, and M. Weber, “Effects of controller-based locomotion on player experience in a virtual reality exploration game,” in Proceedings of the 12th international conference on the foundations of digital games, pp. 1–6, 2017.

S. Davis, K. Nesbitt, and E. Nalivaiko, “A systematic review of cybersickness,” in Proceedings of the 2014 Conference on Interactive Entertainment, pp. 1–9, 2014.

J. Hauke and T. Kossowski, “Comparison of values of pearson’s and spearman’s correlation coefficients on the same sets of data,” Quaestiones geographicae, vol. 30, no. 2, pp. 87–93, 2011. 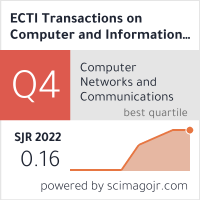